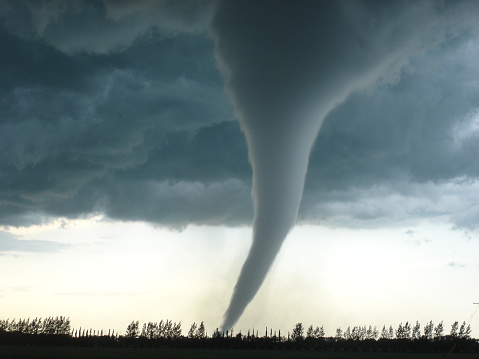 What causes a generally prosocial person to commit an act of targeted violence?

We all have stressors in our lives, and we all use coping skills to deal with the stress. Many of our coping skills are healthy: exercise, meditation, hobbies, talking with family and friends, etc. Some of our coping skills are unhealthy: excessive alcohol consumption, illicit drug use, isolation/withdrawal, etc.  Typically, as stress increases in our life, our healthy coping skills decrease. When people are not coping well with their stress, the result can be the development of psychiatric conditions (e.g., depression, mania, anxiety, or psychosis), interpersonal conflicts, inner psychological turmoil, and alcohol or drug abuse.

In OPS Threat Assessment Training, we discuss a model we call the “Violence Vortex” to demonstrate the process of a person’s movement toward committing violence against themselves and/or others. A vortex is a whirling or circular motion of water or air that forms a vacuum in the center. Common examples include whirlpools and tornados. Using the example of a tornado, we see the tornado begin its formation when the storm clouds begin to swirl.  In our analogy, the clouds represent the person’s life stressors beginning to escalate and their coping skills beginning to deteriorate. As the cloud swirl spins faster, it begins to form a funnel cloud. This represents inner turmoil setting in. The funnel cloud then becomes increasingly tighter and faster as it drops from the sky to the ground. In our person of concern, this stage represents the onset of tunnel vision, where their ability to identify positive ways to solve their problem becomes increasingly restricted. In a workplace scenario, the person of concern is no longer able to identify prosocial solutions to their workplace conflicts, such as filing a grievance, requesting a change of supervisor, or quitting their job. They only see violence as the solution to the problem. The final stage involves the tornado touching down to the ground. Once this occurs, the tornado destroys everything in its path. In the Violence Vortex model, the touchdown point represents psychological despair. Despair is when the person sees no way out of their problem; they have reached the end of their rope and decide violence is their only solution to their problem. At this point, they commit to their decision to use violence as their solution. They then conduct their attack preparation behaviors and commit their attack. In our workplace scenario, the violent attack could be committing suicide in the workplace, murdering their supervisor, or committing a workplace mass shooting.

What’s critical to understand is formation of the tornado, from the initial cloud swirl through the point of touchdown, is a process. The same is true for the Violence Vortex; what begins as escalating life stressors becomes psychological turmoil, which leads to tunnel vision, and ultimately despair, concluding with the decision to commit the violent attack. The key to preventing violence before it happens is using Behavioral Threat Assessment and Management (BTAM) to identify, assess, and mitigate the violence risk. OPS can train your threat assessment and insider threat teams, as well as your investigators, managers, and senior executives on how to prevent violence in your organization. Learn more.